As the weather heats up, Australians start talking about where they are ‘going away’ for the summer holidays, and for most, it’s the beach. As an island continent, Australia is literally defined by its 37,000km of coast. The statistics alone can explain why Australians are so obsessed by getting some sand between their toes – around 85% of the population live within an hour’s drive of one of the 11,000 plus beaches – but the beach’s significance in Australian life goes far deeper than convenience.

The continent’s vast interior – ‘the bush’ – captured the first settler’s imagination, giving the colonies their mythology of shearers and miners and bushrangers. (Before 1903, a swim during daylight hours could get you arrested.) But as the 20th century dawned, the coastal cities boomed; rural life was eclipsed by the new nation’s factory jobs and suburbs. It was a simple and common pastime – beach going – that came to be a part of how Australians began to define who they were. 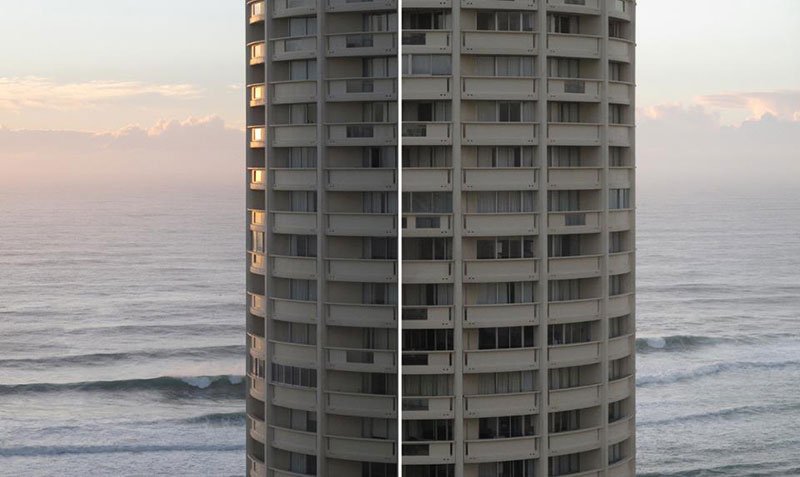 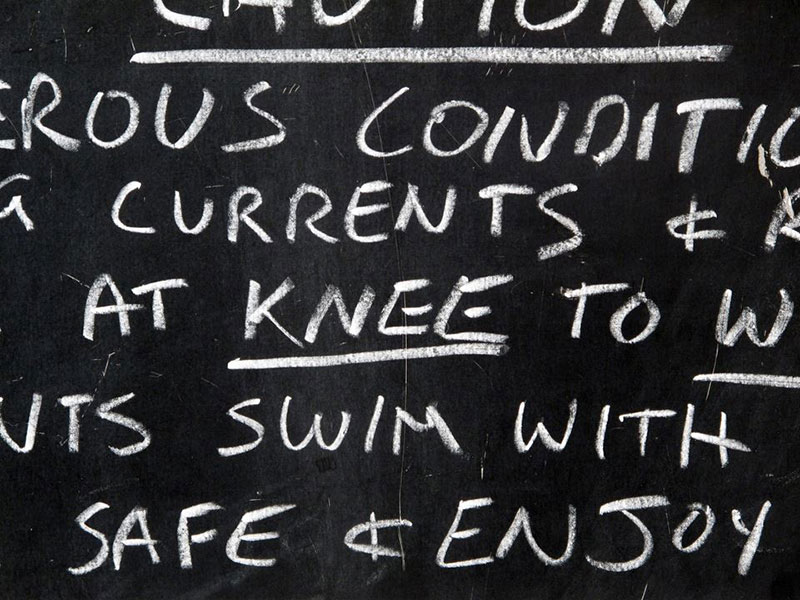 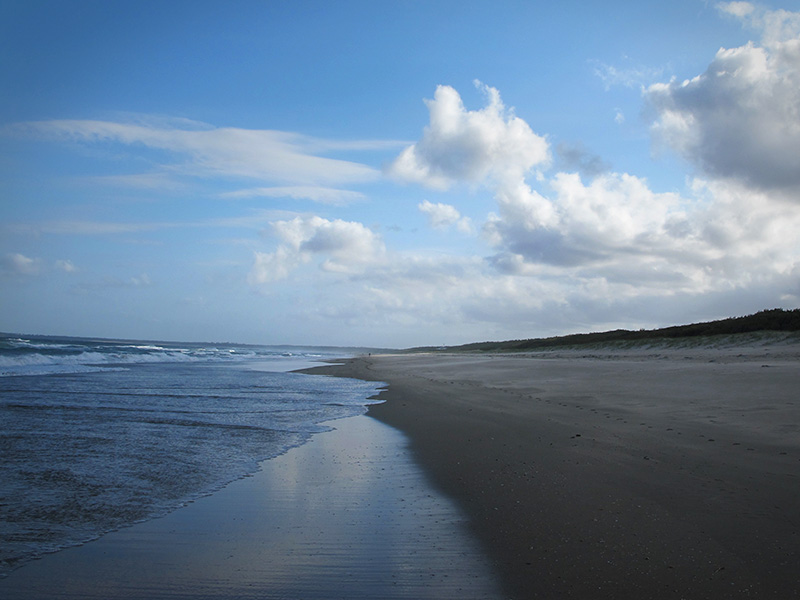 Spurred on by the guidebooks of the day, well-heeled English gentlemen travellers rapturously recounted the sublimity of crashing surf and rocky outcrops in their journals. Those of a less Romantic inclination were equally drawn to the beach, if not for a ‘surf bathe’, then for a picnic and a promenade, fish and chips and a flirt.

Australian Impressionists like Tom Roberts and Frederick McCubbin, worked en plein air to depict the lovely coastal landscapes of Sydney’s Coogee and Melbourne’s Brighton and their de rigueur tableaus of primly dressed beach goers. The locations featured in these paintings are unrecognisable today (and everyone got their gear off long ago) but the dual meaning of the beach, a place that is semi-sacred in its natural beauty while offering up the promise of the profane, has only continued to grow more powerful.

Australia’s most urbanised beaches still represent the hedonistic, social side of beach going. Concrete clad and perennially crowded, Bondi’s well-trodden stretch of sand presents a broad slice of modern Sydney life, from the weather-beaten lap swimmers at the Icebergs sea pool, to the Negroni-swilling regulars at North Bondi Italian.

Melbourne’s St Kilda has stayed true to its Victorian pleasure palace roots too, with a melancholy pier to stroll by day, and bars, restaurants and live music venues after dark. Likewise, Perth’s Cottesloe, a genteel if pumping surf beach among 40km of perfect specimens, is known for its boozy Sunday sessions, sunsets and cafés. While sneered at for its theme parks and overdevelopment, Queensland’s Gold Coast is a beloved destination for many with the high rise and fast food outlets to prove it, but can also surprise even the most dedicated beach snob with its sea hazed dunes, warm waves and soft, clean sand.

It’s the beach’s other side though, its mystical allure, and the austere introversion it both soothes and engenders, that has become a stalwart feature in Australian film, literature and popular music. When Cold Chisel’s Jimmy Barnes sang about pushing surfboards through turnstiles in Misfits or Midnight Oil’s Peter Garret howled ‘catch the bus to Bondi, sit on the beach and wonder’, they were not just conjuring a scene familiar to their 80s pub rock audience but also capturing a uniquely sunlit branch of angst. Likewise Tim Winton and Robert Drewe’s novels – set often along the south coast of Western Australian – vividly evoke the primal sensuality of the surf, and its ability to calm and inspire, but also to destroy, to subsume.

This Romantic ideal of the soul-crunching shore is not hard to find beyond the capital cities, with every state having their fair share of stunning coastal strips in semi-wilderness. The awesome (in the true sense of the word) thundering power of the Southern Ocean is what makes Victoria’s Great Ocean Road truly great, and it also fuels the legendary Bells Beach (woo-woo enough a surfing spot to be the dénouement of Kathryn Bigelow’s Point Break). The surf of Western Australia’s Margaret River is often described as ‘epic’ while the other 12,500km of the Indian Ocean coast has surreally un-peopled reef, point and beach breaks giving way to shimmering ten metre tides up north.

Byron Bay has a foot in either camp; it heaves with hard-partying visitors during summer and can sometimes feel like a victim of its own popularity, but for most of the year its cluster of beaches and surrounding hinterland preserve an almost eerily transcendent beauty that has long inspired talk of ley lines and magic power of place.

The beach for most Australians is not just a place to cool off on a hot day, it’s a place of the tentative dips of the toes in the shallows of early childhood, a place where teenage rites of passage played out. It’s where many older Australians move when they retire, and where their ashes are scattered at life’s end. Australians celebrate, socialise, exercise or relax with a book on the sand. It’s also where they go to gather their thoughts in times of crisis.

It’s not an easy task to tease a national psyche out of a landscape, a mere geological fact. But with most of the stories of our colonial past’s hard men meaning little to 21st-century Australians, the beach in itself is about as inclusive and complex a foundation myth as any country could hope for.