Milan, 1957. It’s only a little over a decade since WWII’s end, and the city has not just been rebuilt, but transformed. Tunnels are being sunk for the Milan Metropolitan, Callas is playing La Scala, and television has arrived (along with a steady stream of workers from the south who are ‘wanted but not always welcome’.)

Plastics manufacturer Danese launches a surprising new product: an entwined menagerie of beasts big and small, sliced from a single rectangle of wood. Entitled 16 animali, it’s a children’s puzzle, and their first collaboration with a young Academia di Brera graduate by the name of Enzo Mari.

No doubt it’s a beautiful toy, but it also encapsulates Mari’s philosophies on the psychology of vision and perception, and his bubbling ideas about mass production, problem solving, beauty and usefulness. It will prove to be timeless – skip forward fifty years, and it is still in production. 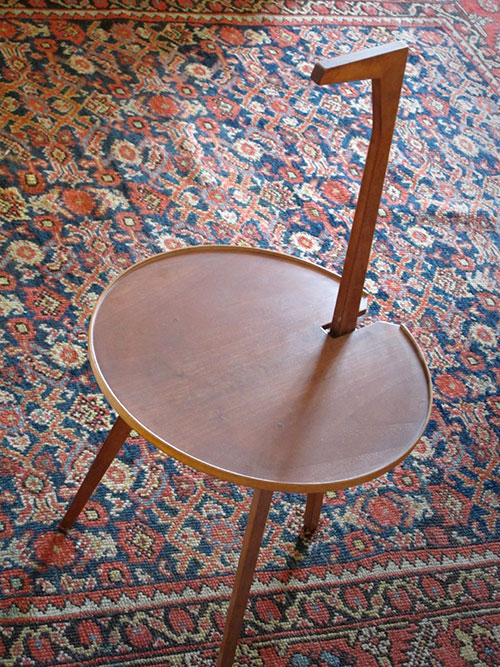 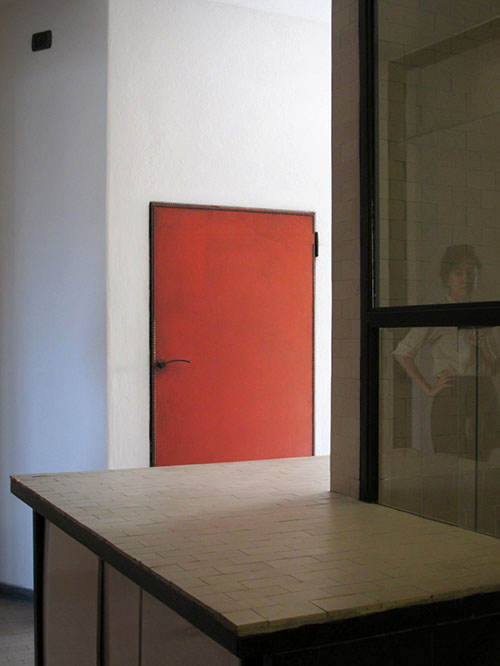 Now in his late seventies, Mari recently quipped to the New York Times that the best part about the Milan of 2010 was ‘the people that lived there in the 1950s’. While others would argue that the modern city does in fact still have plenty to offer design-wise, it’s also true that Milan’s mid-century heritage is not just a vibrant legacy, but a compelling part of its present.

One of Italy’s best-loved designers, Achille Castiglioni, worked in the same space tucked away near Milan’s Castello Sforzesco for some six decades; the studio museum dedicated to the man and his work still feels far more the spirited workshop than rarefied museum. Tours, taken by his family or longtime staff, are peppered with stories about Castiglioni’s design process for iconic pieces such as the Arco lamp (the signature hole in its weighty marble base was added to make it possible to lift with the help of a sturdy pole), beautifully illuminating his way of seeing and creating, and his sense of fun. Many of Castiglioni’s prototypes and inspirational objects are on display and are passed around for hands-on encounters, or in the case of his cheeky 1957 Sella stool, bums-on.

The tapered elegance of Gio Ponti’s 1956 Pirellone – the ‘big Pirelli’, as its known to locals, soars above Milan’s squat streetscapes from its diamond shaped base near Stazione Centrale. Half a century on, it is still the city’s tallest grattacielo and one of the world’s tallest concrete structures (it will, however, be soon dwarfed by Pei’s Altra Sede and the controversial Citylife towers). 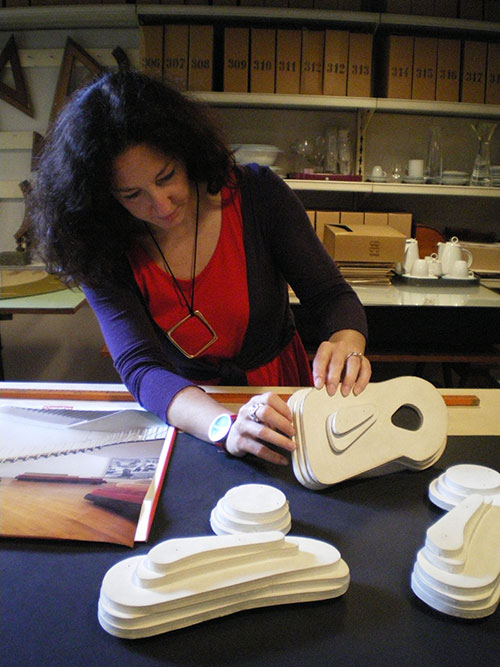 Kooky Torre Velasca, built by the BBPR group in 1958, on the other hand, looks defiantly local, a presciently post-modern and peculiarly Lombard nostalgia riff to Ponti’s futurism. The studio’s earlier iron and marble memorial to Italy’s concentration camp dead, in the city’s sprawling Cimitero Monumentale, is a far more literal product of the post-war age; it renders communal and personal grief (a founding partner died in Mauthausen-Gusen) with a stark mathematical grace.

Turin may not have the showrooms and international salone buzz of Milan, but it has always had its fair share of Modernist architects (Le Corbusier was wowed by Fiat’s new factory in 1922). The city’s RAI Auditorium and Teatro Regio were redesigned by one of Turin’s most fascinating sons, Carlo Mollino. While a highly competent engineer (he designed race cars and planes to feed his own speed-demon ways), Mollino’s work ripples with a biomorphic, sensuous energy – he summed up his late 1960s Teatro Regio refit as looking ‘somewhere between an egg and an opened oyster’.

These performance halls can be visited, but they have both undergone subsequent renovations, especially the earlier RAI Auditorium. Mollino’s former apartment by the River Po has, however, been faithfully restored and filled with original one-off furniture. The little-known Museo Carlo Mollino is a testament to his deliriously lush aesthetic, his skill as a craftsman, as well as his manifold obsessions. It was also where many of his theatrical, erotically-charged Polaroid portraits were shot.

Down on the Ligurian coast, Genova’s Strada Nuova (aka Via Garibaldi) is lined with candy-coloured UNESCO-protected palaces. Hidden a top the be-frescoed 17th-century Palazzo Rosso is a domestic mid-century gem. In 1955, Franco Albini, who came to international attention for his subsequent work on Milan’s metro, created a penthouse pad for the then-director of Genova’s museums. Light-filled and with stunning views of the city’s medieval core and port, the recently restored apartment is an evocative mix of the architect’s pared back style and sensitive use of materials and the historical, haute-bourgeois tastes of the client. The Domus magazine editors of the day deemed it a uniquely Italian combination.

Whether it was the Vespa 125, a superleggera chair in ashwood and India cane, lyrical light fittings or a tactile and sculptural little puzzle that were on the drawing board, a post-war generation of Italian designers and architects put a war-ravaged Italy back on the world map.

Seek out their interiors and architecture, check out the prototypes at the Triennale de Milano Design Museum, or pick up their work at a showroom such as Cassina, Danese, Flos or Zanotta. A manufacturing boom it may have been, but the mid-century was also a magic moment, a cultural renaissance for Italy. As Mari says ‘we had an illusion of creating a world of good design’.

Studio Museo Achille Castiglioni – tours are free with a Triennale Design Museum ticket, but must be pre-booked